I realize my previous post may confuse those who have known me for a while. I mentioned Victor and as most of you know, we broke up in 2018 and I had to move back to Pennsylvania.

A lot has changed since then. I don’t blog about my personal life as I once did. I’ve become a more private person and that has to do with my family.

My uncle had done some pretty hardcore searching to find my blog and social media websites. He would read what I posted, tell my aunt and my would proceed to badmouth me to my mother.

That made me become very private when it came to what I post on my blog. It is the reason why I don’t blog as much as I once did. I miss blogging.

But I want to explain my mention of Victor in the previous post.

As you all know, I moved back to Pennsylvania in April 2018. I was beyond hurt. I did my best to move on. I dated. I met people. I had a sort-of boyfriend for about five months. I say sort-of because although I tried to make it a relationship, he wasn’t committed. He was just a narcissist, liar, and user.

Victor and I never stopped talking. We stayed friends though it was hard in the beginning.

In late November 2018, we began talking about our relationship and what went wrong. What prompted it was that he ended his friendship with one of the people who interfered in our relationship.

I was completely honest with him and how I felt. I told him what the problems were. It was then we began to fix our relationship. We started talking all the time again. We got back together. We made plans for me to move back to San Antonio.

And I truly am happy with Victor. His friends who interfered are no longer in his life. We live alone this time. It’s been great.

Victor and I in Corpus Christi last year.

Trust me, I tried. I did date. And I didn’t find anyone else. Plenty of guys wanted me. However, none wanted to take the time to get to know me. They wanted to jump into a relationship and I wasn’t going to do that.

I had met a few guys I liked. Nothing came from it. I didn’t find anyone who I connected with as I do Victor. Perhaps, I was meant only for him as I’ve never been able to open my heart to another quite as I have him.

I can say it is good to be loved. Truly loved. And to be able to return that love.

Last month I went to the Dollar General to buy some shampoo and conditioner.

While there, I noticed they had put out some Halloween decorations.

Of course, I had to look. And ended up buying one, which hung in the living room until Victor and I put up our Halloween tree. When I went to pay, the cashier said, “Oh, I love Halloween!” And then quickly added, “I think it’s too early for Halloween stuff.” She thought stores shouldn’t put the items out until maybe a few weeks before Halloween.

I have loved Halloween since I was a child. And for me, every day is Halloween. Of course, I get more excited this time of year. The decorations are out in stores, horror movies are on TV more, and paranormal shows.

I was slightly upset someone had to be negative. Just let people enjoy their Halloween stuff. This year has been horrible. And if simple Halloween decorations make someone happy, then let them be happy.

I had one of my poems accepted in the online magazine called Three Line Poetry.

Since all the poems are untitled since you have to look for my name.

I’m currently trying to find other places to submit writing. I have so many poems that I wish to share. I really hope to find some places that will accept them.

This is just a short funny video I found a while ago. Hope you all enjoy it too.

I’m sure most of you are familiar with the Salem Witch Trials. I’ve researched them since I was a teenager; they’ve always been an interest of mine. I even visited Salem when I was 17.

In 1692, a few young girls in Salem began to have fits. They would scream, throw things, crawl under furniture, and contort their bodies in odd positions. The girls said they were being pinched and pricked with pins. A doctor found no evidence of any sort of ailment.

Between 1692 and 1693 more than two hundred people were accused. Nineteen were hanged, and one man, Giles Corey, was pressed to death. Some died in prison.

What finally brought an end to the trials is when the governor’s wife was accused of witchcraft.

And why do I bring up the Salem Witch Trials? It is a great lesson in mass hysteria. A few girls got it in their heads to have “fits” and it brought them attention. Soon, they were able to do what they wanted and accuse who they wanted.

People went into a panic. No one was thinking logically or with reason. I’m witnessing the same thing occurring now.

We have mass hysteria happening right now worldwide. It’s not over witches, of course. It is over a virus that is being blown of proportion. People are hoarding supplies and becoming violent. Events and movie releases are being canceled or postponed.

I’m worried what the people in charge of our country, or even other countries, are doing because they know eyes are not on them at the moment.

My hope is the panic soon fades so that people will be thinking clearly. Mass hysteria is a very frightening and powerful thing.

And if you don’t believe me that it is, I suggest researching the witch trials. You’ll learn a lot.

I hope everyone stays safe out there with all the panic going on.

Monday night I went to see Michale Graves in concerts. For those not familiar with Michale Graves, it is best known as the singer for the Misfits when they reformed in the 90s. Songs such as Dig Up Her Bones and Scream were written by him.

Monday night he performed all the songs from both Misfits albums he was on.

Dig Up Her Bones

I know the sound isn’t the best on the videos. Sorry about that. I also got to meet Michale Graves and a few members of his band. Me with Michale Graves. He was very nice and sweet. He asked what my name was and told me I have a beautiful name. He gave me a hug. He signed a poster for me too. And I gave him another hug before I left. And for people who really know me, they know this is unusual. I don’t like people touching me unless it is someone I know well and care about. I absolutely hate strangers touching me.

There was a point near the end of the concert where he stood on stage and was just talking to everyone. He said that music is amazing and what he’s doing he’s not doing for himself but for everyone else. He said music creates a bond; it connects all of us. We all have music that resonates with us.

And he also said that we may not remember everything that happened that night but we would remember how he made us feel. And he wanted us to feel good.

I actually like Michale Graves even more now. I see we both have a similar way of thinking.

I will always remember that night and how he made me feel. He didn’t just make things fun but he also connected with the crowd. I felt that. It felt as even though he didn’t know me or any of the other people there, he cared very much about all of us.

It was such a fun night. I enjoyed it so much. I would love to see him in concert again. The poster he signed for me.

I was watching music videos on Youtube last week and came upon this one. The band is called Hand of the Tribe and the song is called The Last Time. So far it is their only song because they are a new band but I really love the song. I can’t wait to hear more from them.

If you haven’t checked out my other blogs yet, I’d appreciate it if you do.

Tsalagi Gaming is my blog for all gaming related things.

Mini Movie Reviews is my blog for reviews of movies I have watched.

I don’t have a lot of posts on either of them yet. But I’ll be posting more when I have the time.

I actually watched this on Hulu. I found it on Youtube to share with you all. It’s only 4 minutes long but an interesting little horror movie.

My post from the beginning of February was of my new tattoo. Since then I have gotten two more.

I saved up and in April, I got two more tattoos.

One of my favorite bands. This one is lyrics from a song by Pop Evil called Monster You Made.

I still want to get some more tattoos. I’d love to get another Native tattoo but I want it to be specific to my tribe. Trying to find something like that is hard though. That’s why it sucks not having grown up in the culture but I’ll keep doing research and hopefully, I’ll find something. 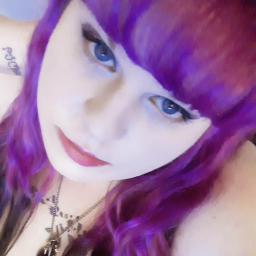